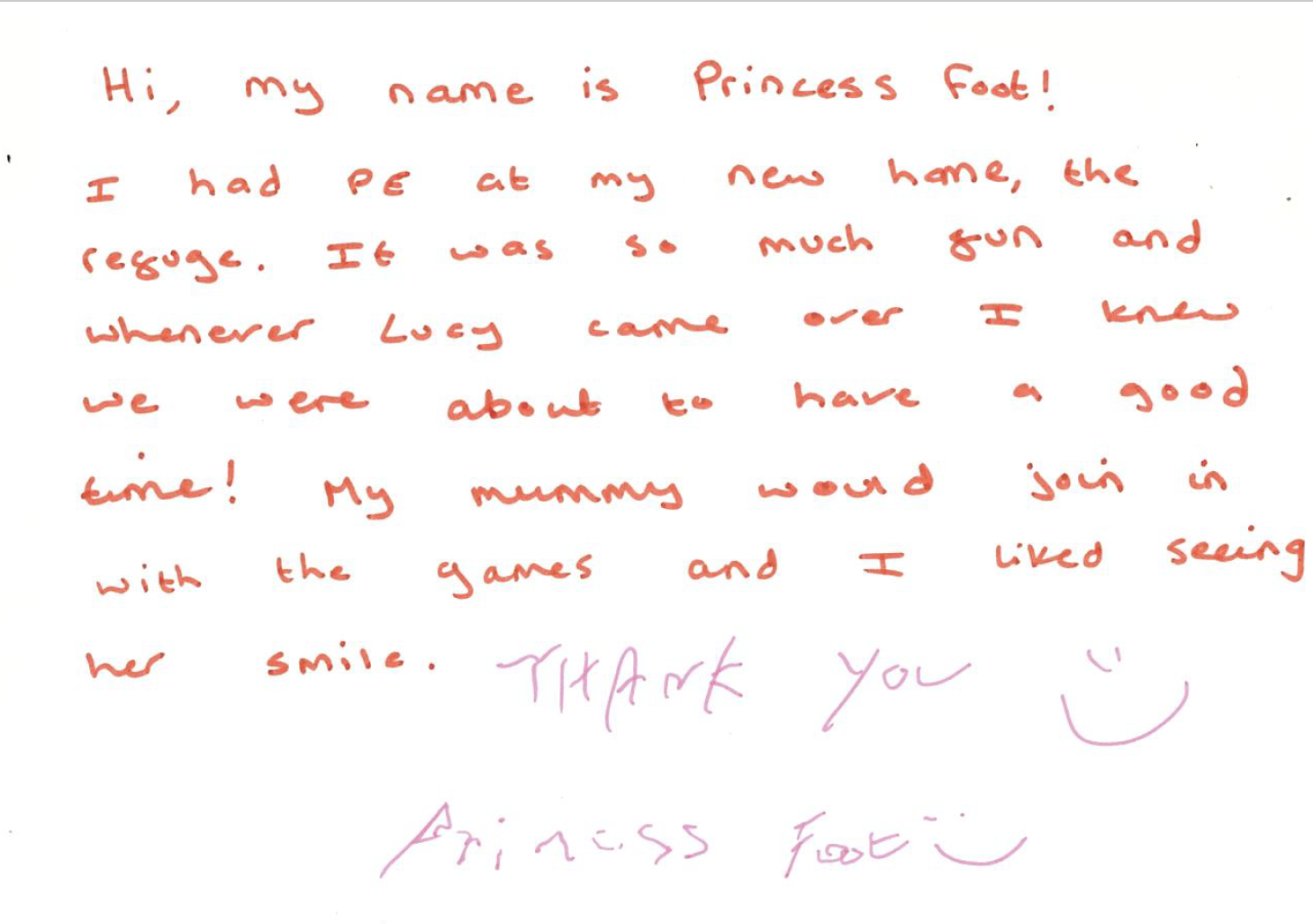 Herts Sports Partnership have had a working relationship with Safer Places since January 2020 with early discussions taking place as part of a wider Women’s Refuge project across the county. The charity was approached when Tackling Inequalities Funding was announced, and two project officers worked closely to support them with developing an application that was appropriate for their families and situations, as the charity had not previously applied to Sport England.

Safer Places received a grant during the first phase of TIF to run exercise sessions for women and their children currently being supported by the refuge service. Their main aim was to promote being active by encouraging the families to come together as a family unit and benefit from positive physical activity sessions that were delivered in a safe environment – the refuge garden. The funding was used to purchase sports and fitness equipment as well as funding an instructor to run family exercise sessions and team games.

Lauren, Senior Family Domestic Abuse Practitioner, said “The funding Safer Places received has made a huge impact on the children and families in refuge. We have been able to buy sports equipment for our garden area and saw all our families, and the single individuals in refuge, playing and laughing in the garden. We were lucky enough to have a few hot weeks and the garden had never had so much use with all the children enjoying themselves and getting some physical exercise. The use of garden space has been really important as the refuge must follow COVID restrictions similar to that of a care home, meaning residents cannot use the communal living spaces…the funding has made that easier for them due to having something that draws them into the garden space.”

From previous projects with other Women’s Refuge teams in Hertfordshire, Herts Sport were aware that trust is a really important issue to consider, and both the staff and service users needed to feel safe at all times. Based on this, it was important for us to connect them with a female instructor who was local to the area, and so the Partnership contacted Lucy, a local instructor who is a fantastic supporter of This Girl Can, and regularly champions our localised ‘This Girl Can in Herts’ campaign.

Alex Varran, Project Officer at the Herts Sports Partnership, said, “following an online call to introduce everyone, HSP took a step back to allow Lucy and Lauren to discuss the project in more detail including participants, days, space, etc as well as raise any concerns, share the necessary paperwork and discuss the need for confidentiality. Doing this prior to any delivery meant that the first session happened without any problems, and Lucy was able to engage the families and introduce the equipment from the beginning, so that the refuge residents could make full use of it during the summer, both in and outside of the sessions with Lucy.”

When asked about being involved with the project and delivering sessions Lucy commented, “the weekly Family Fitness Sessions at the local Refuge have been a great opportunity to bring the children together with their mums to get physically active outside in the fresh air. There is always lots of fun and laughter as well as learning new skills and some friendly family rivalry in our relay race and Head, Shoulders, Knees & Cone game! Over the weeks it has been very rewarding to see the children gain in confidence and come out of their shells and hopefully the sessions have had a positive impact on both their physical and mental wellbeing”.

On the sessions that have already been delivered Lauren said, “the relationship between the families, and also between families and staff, has grown due to these games as we have each joined in.”

Due to the success of the project, the Partnership are currently discussing the next steps with Lauren, Lucy and other members of the Safer Places team, and are looking at appropriate funding opportunities that will enable the project to continue. The intention will be that this new funding sustains the family exercise sessions at two refuges in the Borough of Broxbourne - at the current refuge, as well as introducing the sessions to another group of families at a second refuge site – as well as additional physical activity and wellbeing opportunities. 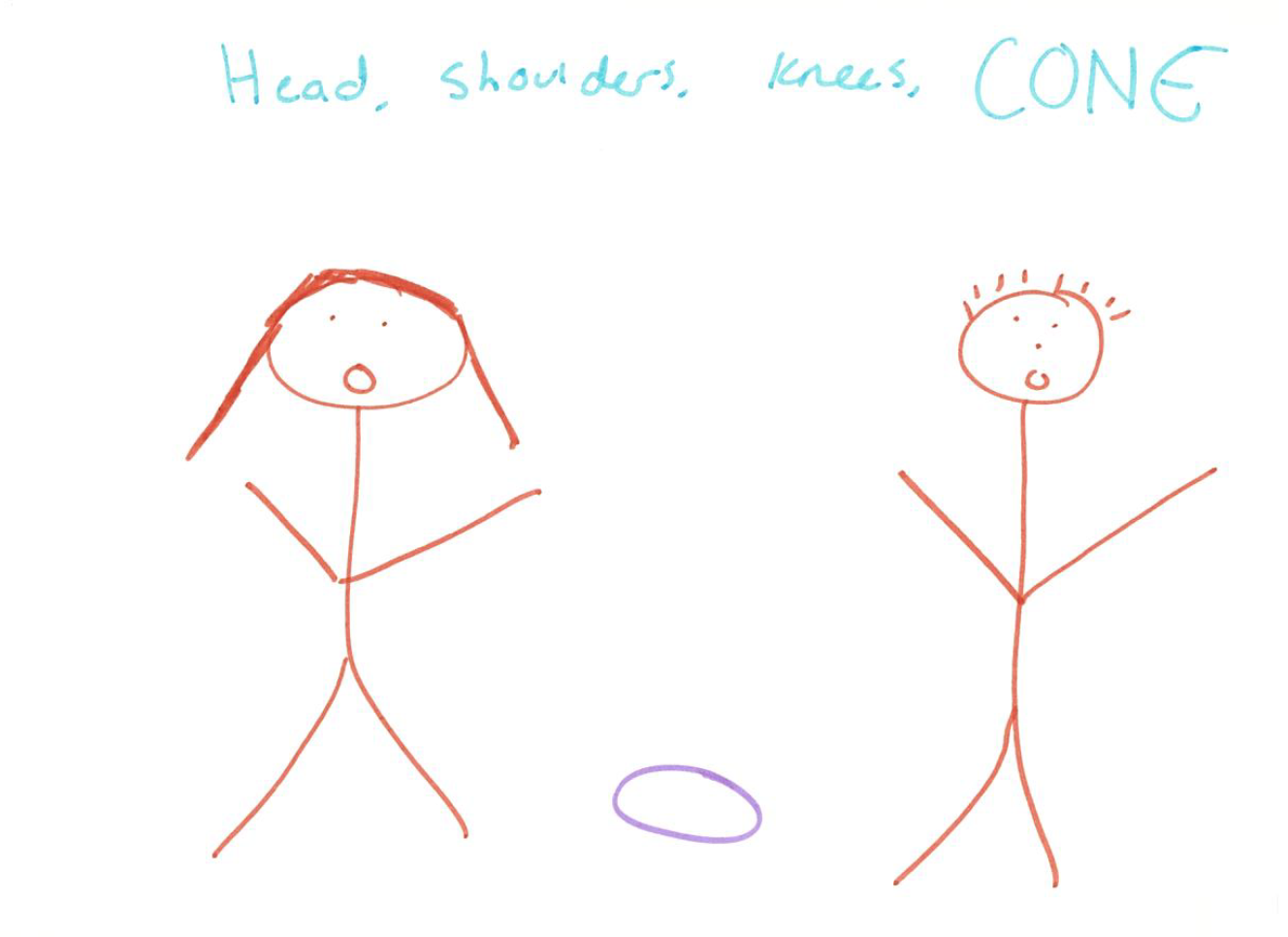