Reflections on 20 years of Active Partnerships 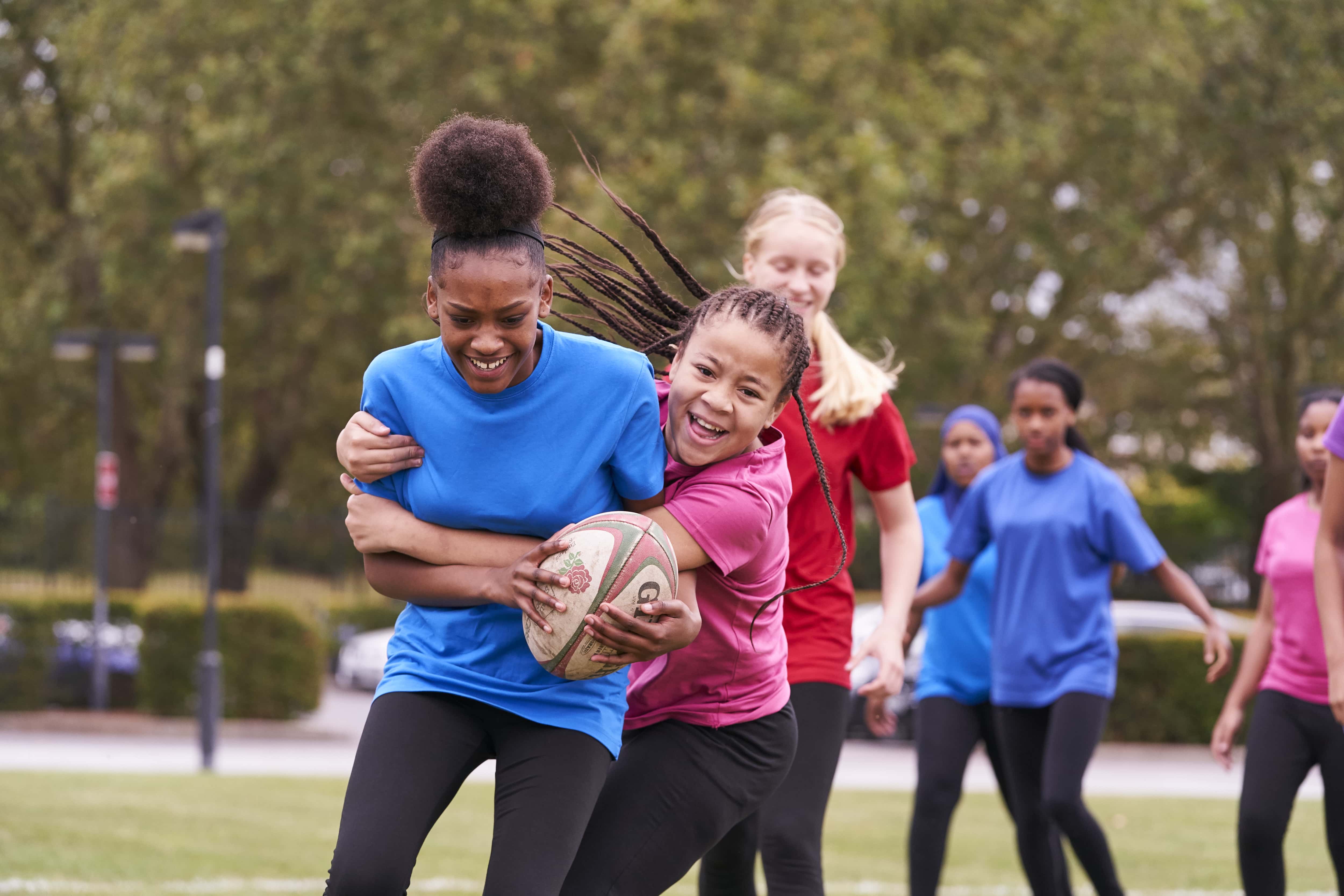 As I move on to the next chapter in my career, it’s been a time to reflect on over 20 years working in the Active Partnerships network.  Over this time so much has happened, so I can’t promise to keep it brief!

Having started my career in local authority sports development in the early stages of the creation of the national lottery sports fund, working on the London Youth Games and national programmes such as Champion Coaching and Top Sport, it was at the turn of the millennium in January 2000 when I was part of a cohort of colleagues recruited across England to deliver the Active Sports programme.

One of the first things we did was establish a network of county youth games, building on success in London, Merseyside and Manchester, and a national ‘millennium youth games’ was an amazing experience for all involved.  These games evolved over the years and in most cases morphed into the school games we know today.

Active Sports was a programme along with Active Schools and Active Communities that was at the heart of the Sport England strategy at the time, and over the next 5 years we formed a network of local partnerships to widen access into and pathways through sport for young people, coaches, officials and volunteers.

Whilst the focus of course was on the programme, led nationally by Nikki Enoch at Sport England, it was the dual focus on collaboration and this first iteration the Partnerships, where we brought together primarily local authorities, school sport partnerships and 10 governing bodies of sport, that was the start of what became County Sports Partnerships and then Active Partnerships.   As the programme came to an end and the strategy changed, Sport England and government saw the value of these partnerships as a way to deliver and influence locally in a more joined up way.

Seeing the value in these fledgling partnerships, their role was strengthened in the next strategy phase, with a broader remit to support the delivery of national strategy, increase participation from adults as well as young people, and to help national governing bodies deliver their ‘whole sport plans’ on the ground.

My patch was Buckinghamshire & Milton Keynes, and we were supported by the then regional offices of Sport England, in our case the south east, but the importance of being part of a wider network of colleagues and peers to share and learn with whilst contributing to something bigger was clear from the outset.

However, it was also clear to see that we were not maximising our potential for collective impact.  As the partnerships were maturing with some beginning to incorporate as charitable companies and rightly becoming more independently minded organisations developing in ways to suit their local context, it was perceived as a lack of consistency that made it difficult for national organisations to work with, especially national governing bodies looking for support to deliver their whole sport plans.  At the same time, as a group of CEOs, we recognised that we were not collaborating, sharing and learning together as effectively as we could.

It was against this backdrop that a number of us got together and proposed the formation of the national network, initially as an informal loose association, and subsequently in 2011 as an incorporated charity in its own right, established by the partnerships to represent the network with national partners, facilitate greater collaboration across the network and provide training and support.  As the well-respected elder statesman (he’ll love that!) of the network, I approached Richard Saunders to chair the network and his calm and collaborative approach gave great confidence and credibility from the outset.  Understandably Sport England were initially cautious about the creation of another national organisation and what some presented as a ‘union for the partnerships’(!) but with our collaborative style and desire to help deliver the national strategy, this quickly faded and soon later Sport England invested in the national team to support our joint aspirations for an effective network, something which continues today as we work closely together to help deliver national strategy.

During this period efforts to ensure a strong legacy in grass roots sport from the London 2012 Olympic and Paralympic Games was a major feature of our work.  We delivered national legacy  programmes such as Sport England’s Sport Makers programme which sought to use the inspiration of the Games Makers to inspire 40,000 people into volunteering within sport.

The establishment of the national body also enabled us to develop our first programme from within the network as we secured the support of the Cabinet Office to scale up the Community Games programme, an idea which had emanated from Much Wenlock in Shropshire (which is thought to have inspired the modern Olympic Games), to create a series of games across the west midlands and then across the whole country in 2012-14, during which we supported volunteers and communities to organise over 2000 Community Games, many of which continue today as a tangible legacy from that time.

The network also continued to provide a vehicle for the local delivery of national programmes, such as Sport Unlimited and later Sportivate to help young people find a sport or activity that worked for them, and the Community Sports Coach Scheme to create more and better employed coaching positions, as the Partnerships began to gain a reputation for always delivering on the often challenging targets set for them.

Whilst we had successfully delivered a number of high impact programmes and built strong local networks, the needs of our partners and communities were changing, levels of physical activity remained worryingly low, and stubborn inequalities remained.  We began to understand better how activity levels, much like other social issues, are affected by a complex system of influences and no single organisation or programme can create sustainable change at scale.  So we needed to do something different!  Over recent years we have been changing and strengthening our approach to help us to better tackle these issues. This has included a clearer focus on inactive and under-represented groups, a shift in emphasis from programme delivery to a place-based, whole system approach driven by robust insight, and a focus on developing a learning and improvement culture, developing collective impact approaches and evaluating the impact of our work on social outcomes.

The partnerships now work with many more partners increasingly outside of the sector including all elements of the complex health and social care system, as well as a huge and diverse range of partners we work with today at both the strategic and community level.

This strategic shift was reflected and reinforced through a rebrand of the network in 2019 to Active Partnerships and a refocus of the purpose of the national team as the improvement and innovation agency that leads, supports and represents Active Partnerships, learning what works locally and driving collaboration and impact across the network.  The rebrand was hugely successful, helping those with an out of date understanding of the work of active partnerships to understand their work and the new name quickly became widely embraced.

Through this last 18 months with a global pandemic, and all the challenges this has created for everyone, the value of the partnerships and the strength of the network has shone through as we showed our resilience and adaptability in continuing to create the conditions for an active nation.

Active Partnerships continued to play an important role in working alongside partners to address the factors preventing people from being physically active, and took on new roles to support the pandemic response.  A number of social issues emerged from within localities that many are passionate about addressing through the power of sport and physical activity and which demonstrates the depth and breadth of the work of the partnerships today.  This included the creation of a more equitable and anti racist society, limiting the negative impact of climate change, changing the culture around an ageing society, supporting vulnerable young people and families including tackling holiday hunger and inactivity.

Equally, being part of a national network was an asset for everyone through this period, helping us progress local priorities and creating a safe space to share challenges, comfort each other and connect with colleagues at a time when human contact was discouraged.

So looking back over the years, I am proud to see how the partnerships have matured as organisations, adopting the highest standards of governance, safeguarding and commitment to equality, tackling some of the most complex social challenges through physical activity and using sophisticated sport for development, community development and whole system approaches, still underpinned by the commitment to collaboration that they were founded upon.  Its also important not to forget their Boards involving around 600 diverse and hugely experienced, networked and locally influential leaders giving their time freely who are a huge unseen but invaluable asset of the network.  The partnerships have become a significant part of the sport and physical activity landscape across the country and a key ally for Sport England and many other partners.

It has been such a wonderful network to be part of over the years, truly a force for good, full of wonderful people, doing fantastic things day in day out in their communities.  Its not surprising that some colleagues from over 20 years ago are still working in the network today, including Nigel Harrison to whom I am handing the baton as I move on.  Along the way I’ve made many lifelong friends and thank you for all your support.

Best wishes to all, onwards and upwards, carpe diem! 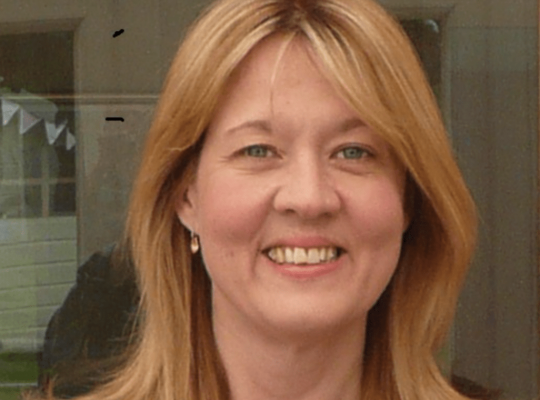 Network News
Are you REALLY placing people at the heart of your organisation?

It’s a phrase I hear often in my daily work-life… “we’re a people-based business”, “we know people are our number one asset” and (my favourite!) “I’m at people person”. 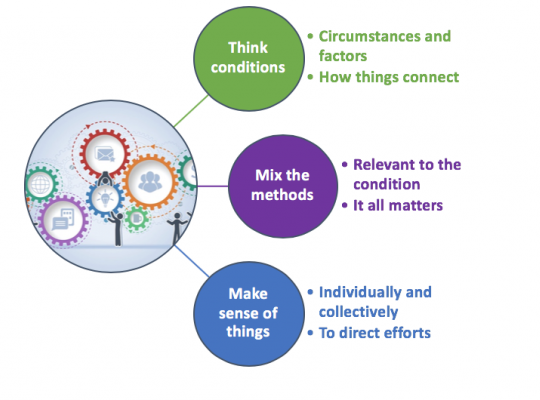