Bringing communities together through football 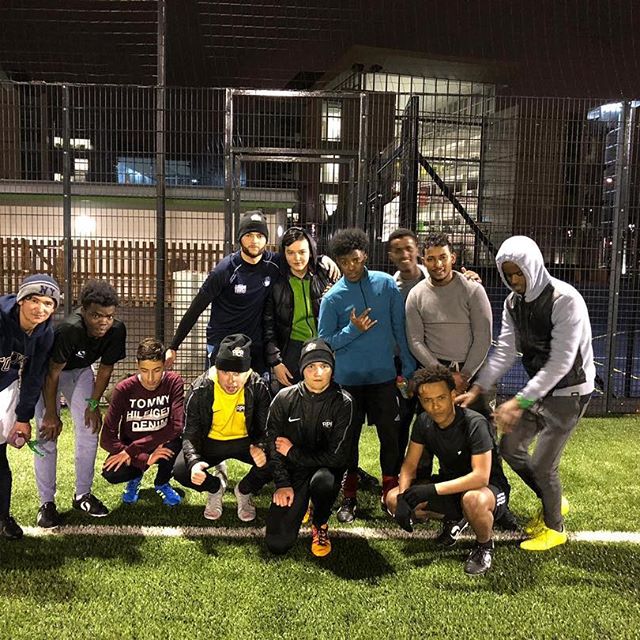 All People Active are a community investment company working within the deprived estates in Milton Keynes (e.g. Lakes, Beanhill and Netherfield). They were established due to the Directors identifying a need from Young People for more affordable sport and physical opportunities within the area. They identified that there was a lot of private provision for example leisure centres and commercial providers but to a lot of young people this is seen as inaccessible because of cost. They also identified a lack of provision for young people who are inactive.

In the summer of 2018 All People Active completed consultations with young people on specific estates in Milton Keynes to find out the barriers young people faced when they wanted to be active and the types of activities they would like to do. Once this information was sourced All People Active then started to forge relationships with local partners such as Leisure Providers and the Council, which is where the idea for this football session was born. The local authority identified a group of 15-18 year old male asylum seekers and refugees who wanted to do more physical activity and saw the benefits that this could have in making them feel part of the community by building friendships and confidence. Their Youth Worker had already established a group together and held regular meetings over food to talk through issues. At these meetings it was identified among the young people that they had a strong interest in football and the Youth Worker thought it would help engage them in the programme that she had planned, to help develop their self confidence, communication and independent living.

A football session was then added to the same evening as their planned meetings and this was held at Sport Central, MK. This venue is in one of Leaps priority areas which has been identified as an area having the greatest activity need. This venue was picked for the session because it is in the centre of Milton Keynes and close to the bus station. The facility consists of top quality 3G pitches and All People Active were keen for the young people to experience the high quality facilities so they feel part of the community and give their self esteem a boost from feeling that they deserve to use a top facility.

The group of young people the session are aimed at are 15 to 18 year old asylum seekers and refugees. To date 18 young people regularly attend these session. 88% of these young people live in one of Leaps top 6 priority areas, predominantly Woughton & Fishermead and Central MK. From speaking directly to the young people the main reason for inactivity was due to being new to this County so they do not know what opportunities exist. From completing motivation profile wheels with the group of young people it was found that the main motivations for attending the sessions was to feel good, followed by having fun and spending time with friends and family.

Impact of the sessions

Other feedback from young people-

For more information on the project please click here