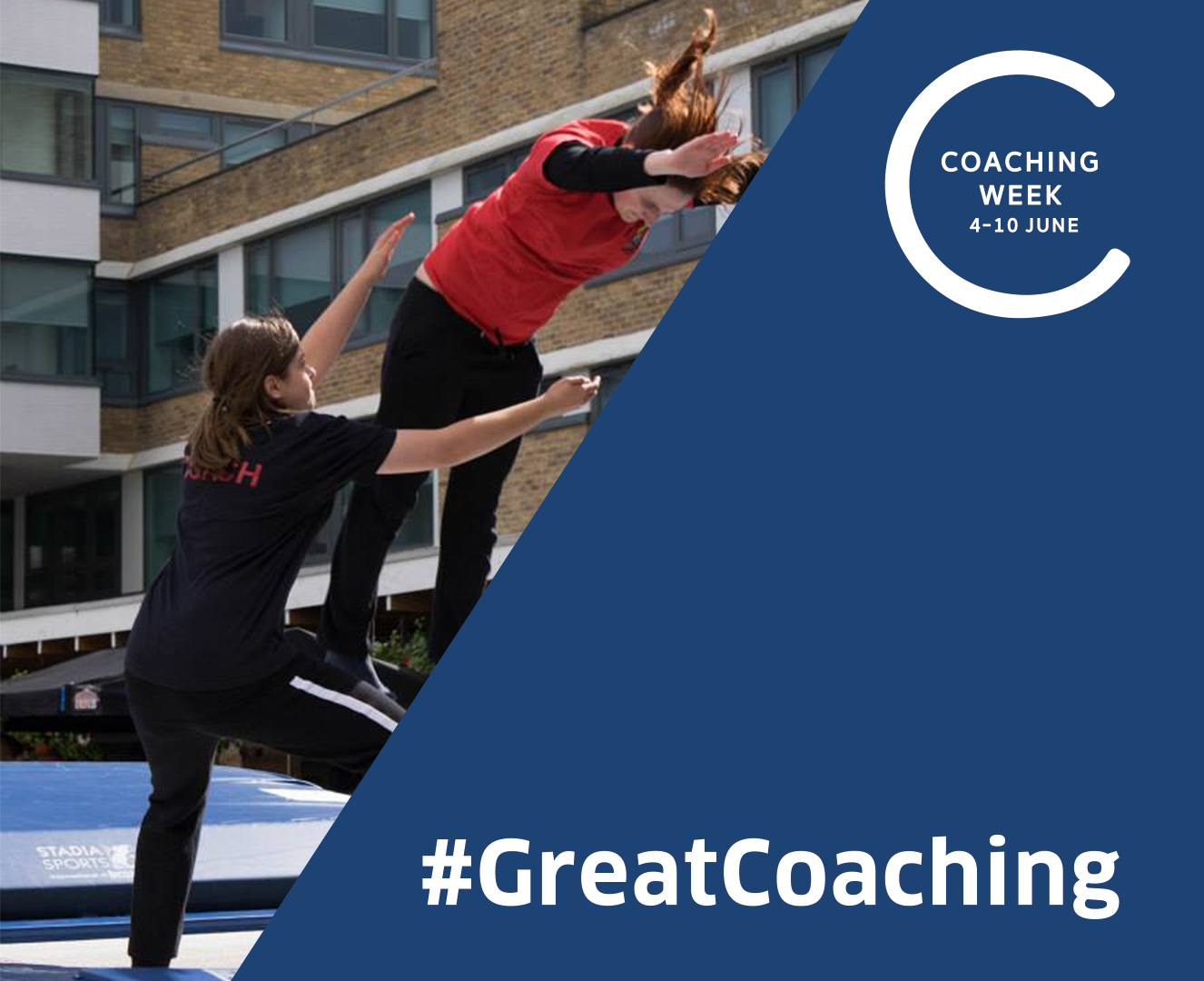 At School I thought there was nothing worse than PE lessons, teachers shouting at you, peers who would rather mess around than take part and judgement of everything; body image, clothing, ability (good or bad) and whether you were picked first or last. At every opportunity I would do anything else other than take part in the weekly PE lessons. However one session we did trampolining and despite the fact I didn’t love it at School I joined a club at my local leisure centre.

It was here that my love of sport began. Michelle my coach, and probably coaching inspiration to this day was the most welcoming person I had ever met in sport. Instead of driving her own agenda and bettering herself as a coach and showing off what she could do, she listened to what I wanted, helped me get better at the sport and introduced me to coaching others. It is this participant-centred approach that I have kept in my coaching to this day. Too often young people are driven towards achievement but I always make sure the young people I coach are at the centre of all sessions. We have a young leader’s academy where opinions are heard, the young people set targets and those who want to compete do, those who want to learn the hardest skill they can do and those that want to socialise with friends and do some exercise do, but they do it all together.

I loved how Michelle empowered me, at 16 she helped me coach those who were younger than me, and teaching me the importance of coaching skills and making me feel part of the coaching team. All of my coaches are now also home grown, they’ve come through the club and some are as young as 12 helping out those younger than them. One of the main things I have learnt through coaching is around empowering others, if they can take ownership of something they are more likely to commit, several young people have been in my session for more than 10 years now and it’s great to see them develop from children into young people and coaches.

British Gymnastics have a really great proficiency award resource for beginners through to more advanced gymnasts and Michelle showed me how to be organised in recording the children’s development and showing them where they are up to. Now I allow children as young as 6 to hold onto their progress cards and pick their next skill. It helps motivate them and gives them a sense of achievement as they get skills ticked off.

After moving to University I was almost put off again by sport as one coach I had was always very negative about moves completed and pointed out the bad in everything before telling you, you had done anything right. I always check myself as a coach now, to make sure that the children (no matter how bad the move) are recognised for their effort first. I think this keeps them coming and positivity shows within the group as well “That was a really good try, I think you just need to point your toes.” said one six year old to another, modelling the style of coaching they see me do as I have seen Michelle and my second coach at Uni do too.

I have learned loads as a performer from my coaches, as a coach from other coaches and as a coach from my gymnasts. I think any coach that thinks they know everything probably knows less than they think. I love stepping into the gym and learning from the kids, they sometimes see things in ways we as adults would never think of. Hilbre and Gill have been two amazing role models to me, they have supported me as a coach, recognised the talent I have and have supported me in becoming a level 3 coach and Tutor and Assessor for British Gymnastics. This is amazing for me as I now get to share all that I have learned with other coaches and support them in the start of their coaching journeys.

As a preschool and trampolining coach it is always important to engage the young people, if they feel listened to and valued then you will get the best out of them. It worked for me, where some coaches almost lost me, a great coach picked me up and now I am so proud of all I and others I work with have achieved as coaches. I wouldn’t trade the experiences I have had both good and bad for anything in the world. I have developed themed trampolining sessions for younger children and am always looking for ways to make sessions more and more engaging and would encourage anyone who has though of coaching to have a go, find the right mentor and anything is possible.