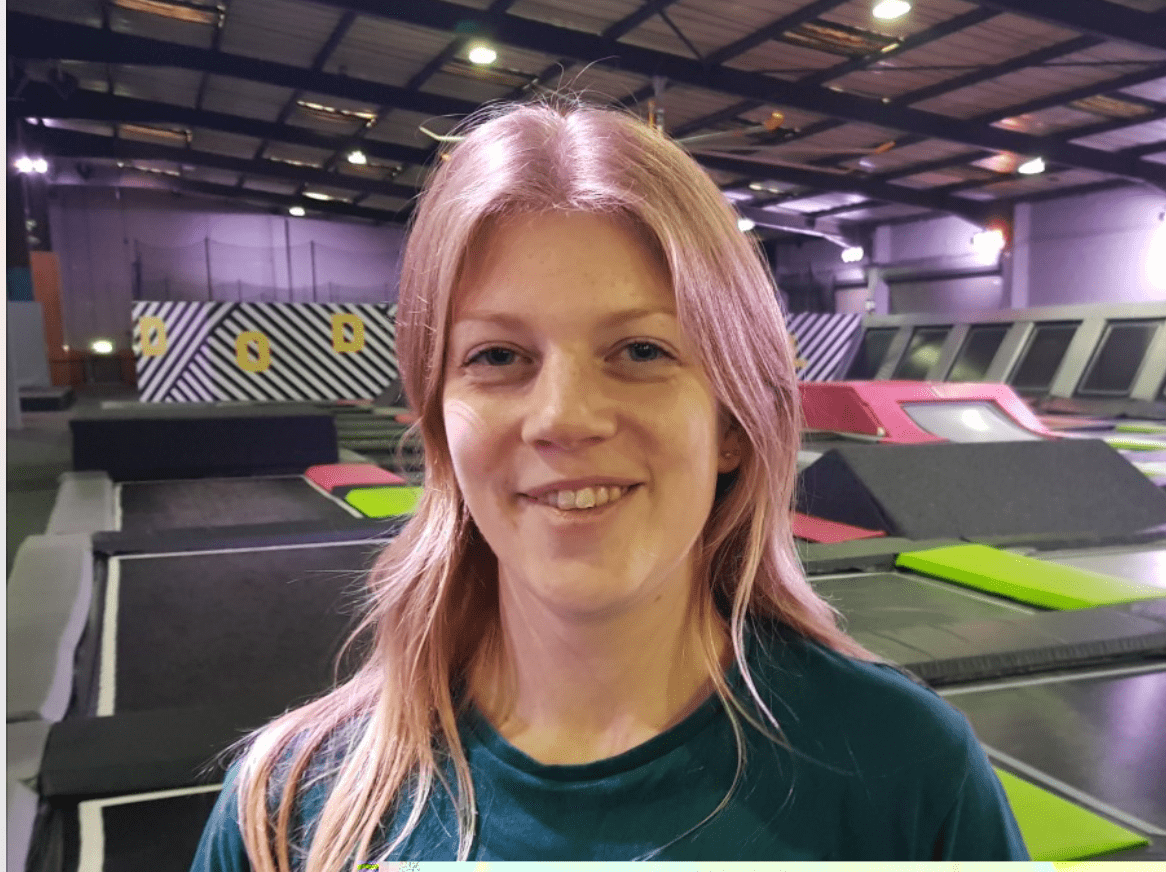 Story summary:  When her brother took his own life, 11 years ago, Cherene’s battles with mental health began. Guilt, shock and trauma left her with depression and anxiety. She suffered her first breakdown just 18 months after his death. Cherene fought hard, but every couple of years she would crash again, overwhelmed by the anxiety and depression which blighted her life and shattered her confidence and self-esteem.

Thankfully, in April this year, she discovered Levelling the Field. Yorkshire Sport Foundation, thanks to funds raised by Red Nose Day, has partnered with Together Women and the YWCA for the initiative which engages with and empowers women through activity. Cherene, 29, initially joined a bike scheme in April and has gone on to attend regular activities, along with one-off events like rock climbing and zip-lining.

Three months ago Cherene became overwhelmed and accidentally overdosed on her anti-depressants. It was, she admits, her lowest point. She credits Levelling the Field, and the women she has met there, with helping turn her life around, helping rebuild her self-esteem and find the strength to move forward.

“I’ve had problems with depression and anxiety which mean I’m no longer able to work.”

“My brother committed suicide 11 years ago, that was the start of my mental health problems. We were close growing up but not so close at the end and I felt a lot of guilt along with the shock and trauma.”

“The police turned up at our door. As a family we weren’t able to talk about it and I felt like I needed to look after my parents rather than them looking after me.”

“I had my first breakdown 18 months after he died and then, every couple of years, another.

“I hit my lowest point three months ago when I accidentally overdosed no my antidepressants. It wasn’t a suicide attempt, I just wasn’t looking after myself, wasn’t coping. I’d had a bad situation with my ex-partner and family problems.

“I joined the bike scheme first in April this year where you do courses like bike maintenance. When you complete the courses you can get a new bike.”

“We went to Go Ape where there were ziplines. It’s not just about being active, it’s socialising and I enjoy it, it feels really supportive. It’s good to hear other people’s stories and realise you’re not quite so alone.”

“When we went to a climbing wall recently it really felt like I was part of a team. Depression is very isolating, I still have days I don’t want to socialise, but I feel stronger now, like I can push through it.”

“TW has boosted my confidence and self-esteem. To say, three months ago, I was the lowest I’ve ever been, now I’m the complete opposite. I don’t’ think you realise how much the scheme is doing for you until you look back and see how far you’ve come.”

‘Levelling the Playing Field’ is a women’s empowerment project, which uses sport and activity as a tool to build confidence and resilience.

Comic Relief have funded the initiative, which aims to empower women and girls to reach their full potential through the power of sport. Yorkshire Sport Foundation, in partnership with Together Women Project and YWCA are delivering this initiative in Bradford, Doncaster and Leeds, both at drop-in centres and in the community.

Support is provided to women to access sport and physical activity qualifications, and eventually progress into facilitating activities for their friends and family.

As part of the project we organise Confidence and Resilience Days where we take women out of their comfort zone and introduce them to activities they never thought possible to them.

The project, which also runs in both Bradford and Doncaster, is led by Yorkshire Sport Foundation in partnership with Together Women and the YWCA.

In Leeds, 160 women have been supported through the project since it began in October 2017, with 27 of those having the opportunity to gain qualifications so they can take the lead on activities for others in their community.

Across all three districts, 74% of women report an increase in confidence, and 86% have better self-esteem as a result.

Rokaiya Khan, Chief Executive of Together Women, said: Today is a celebration for the women to reflect on what they have achieved, were really proud of all the women who have engaged in this programme, the confidence we have seen in them all has been extremely rewarding for all the staff.

Kathryn Mudge, Development Manager at Yorkshire Sport Foundation, added: “It’s brilliant to see the progress of the women in the programme.  We know that physical activity can play a role in increasing people’s confidence and self-esteem, and it’s great to see that it’s helping so many women with just that through Levelling the Playing Field.

The Together Women project moves women out of crime and into positive futures by working with them to build resilience and develop strengths that enable them to move away from damaging lifestyles in safe women-only spaces. http://www.togetherwomen.org/

YWCA: We believe that all young women have the right to live in a safe space, to be heard and to be given the opportunity to reach their full potential. Our charity focuses on providing emergency accommodation across Yorkshire to young women in need of support. These include those who have suffered from domestic abuse, are care leavers and young parents. Find out more at https://www.ywcayorkshire.org.uk/

For more information on the project, visit www.yorkshiresport.org/LTPF