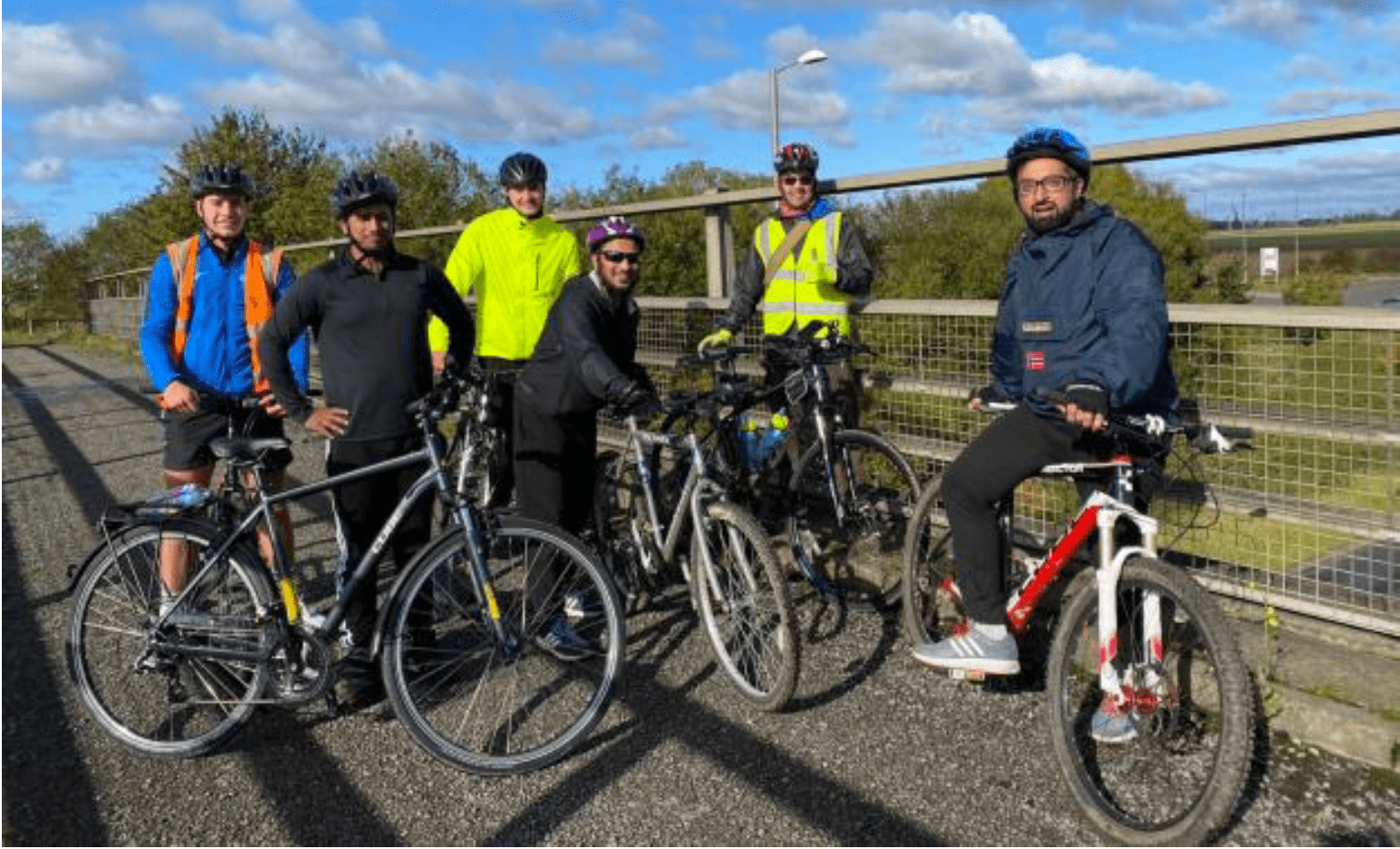 Active Humber have been involved in some wider work with them for a period of time around developing cycling in general including developing bike libraries in the area and some behaviour change work to develop cycle routes in the area.

The Cycle Skills project came about from the partnership work of the Active Communities team, linked to partners in their local communities who had highlighted the need for some support as more people took up cycling as a result of lockdown 1 and wanted to support them to be as safe as possible when cycling. In one of the areas – Crosby – it also led into the development of the Bike Library which started a few weeks ago which will enable more people from that community to access cycling.

Providing cycle skills sessions in the heart of the community targeting adults and families in the Town and Crosby area of Scunthorpe (one of our identified areas of high physical inactivity levels and an area of deprivation).

Supporting 10 Syrian families who have been resettled in North Lincolnshire as part of the vulnerable person resettlement scheme.

“The feedback has been really positive”

“The instructor did really well as some participants have limited English”

"I received a call form a family who were delighted to have been given the opportunity to learn to ride a bike, mother and children had never been on a bike before, and the mother now hopes to use a bicycle to get around"

Four individuals have now learnt to ride a bike that had never been on a bike before.

One lady has been gifted a bike and will now use it with confidence to get around.

“The people were very supportive”

“We would like to go again, we enjoyed it very much”

6 adults attended the group ride on Sunday 11 October along the Ridgeway Cycle Path with the First Step Cycle ride leader.

16 children attended the skills session held on Sunday 18 October in the car park at the University Campus, Ashby Road Scunthorpe.

"The parents really loved it and would like another session" 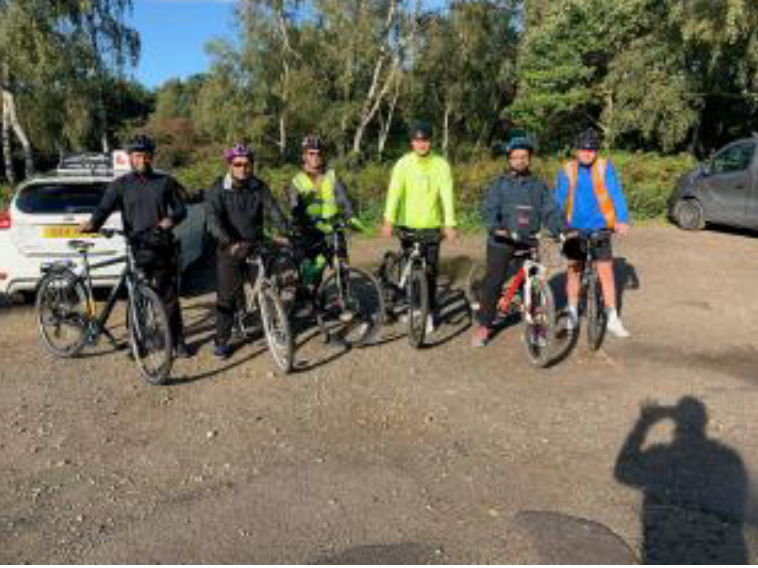 Key to the success of this project was working closely with the community organisations. By promoting the sessions through local community leaders, working on the ground who live/work in that community and have the trust and positive relationships with families who live in the area. These community champions were able to identify families that would benefit from the opportunity to participate in this pilot. 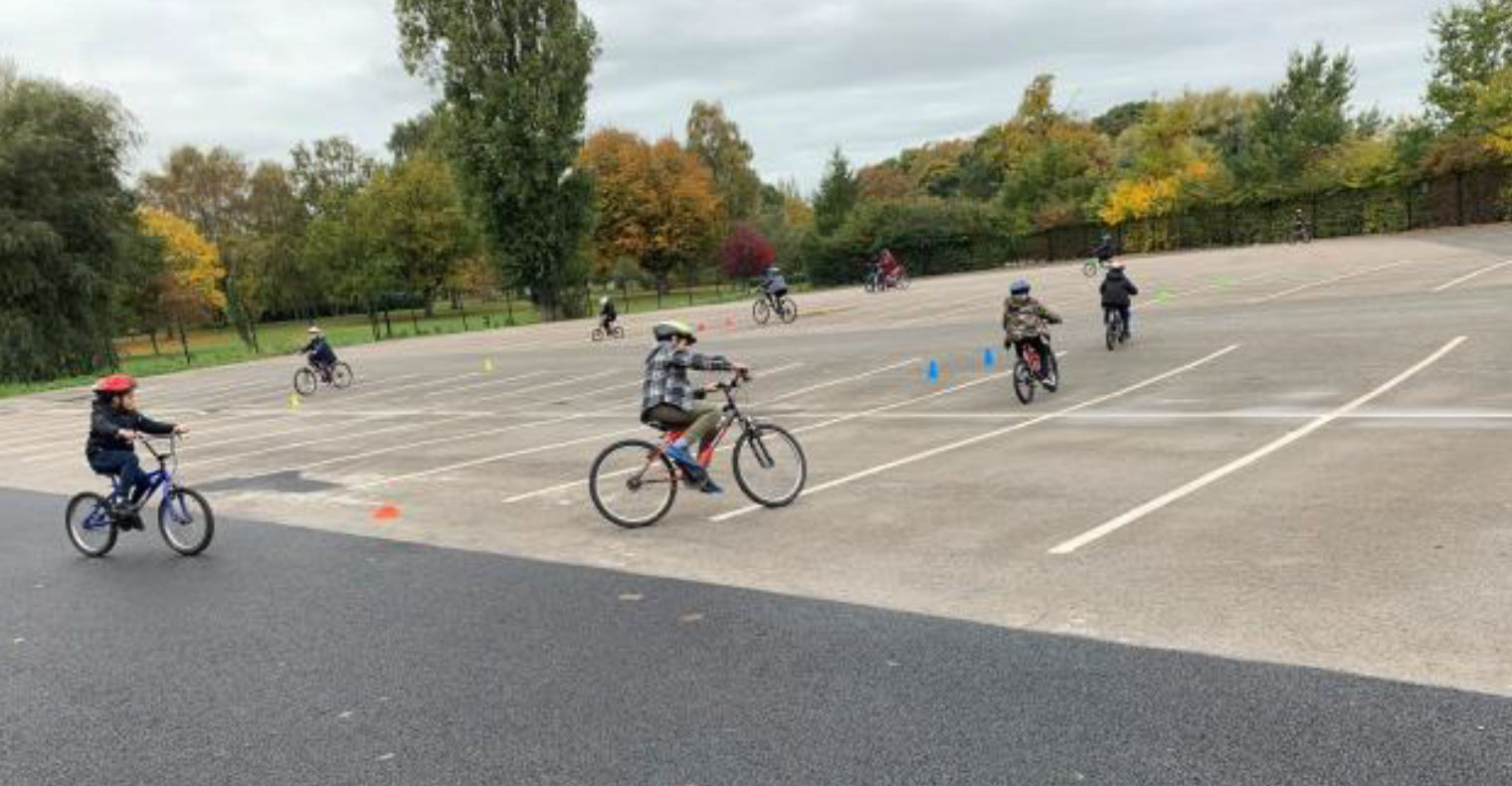 One of the challenges was bike ownership, First Step Cycle was able to provide bikes to anyone that didn't have access to a bike, overcoming his particular barrier.

First Step Cycle provided the booking system but many of the Syrian families were unable to access it and have limited English but with ONGO's support the officer was able to book the places on their behalf.

Instructors felt the sessions were too long as some of the participants were getting tired towards the end of the session. Future sessions will be shortened.

Future marketing material designed for community projects by First Step Cycle needs to reflect the diverse community and consider translating into different languages. Also consider the imagery on the posters/social media. The information on the posters wasn’t clear in respect of cycle skills sessions and read like it was a group ride.

For many of the participants taking part in the family group sessions this was their first experience of riding a bike and so all sessions remained on the enclosed school grounds. Two of the sessions had been planned to progress onto the road but the participants didn’t reach a level that the instructors felt they were ready to progress and be safe on the roads. However two of the children did really well and received their Bikeability Level 1.

The charity R-evolution have secured funding from the Safer Roads Humber Partnership and we are now working in partnership to develop a Bike Library in the Crosby area.