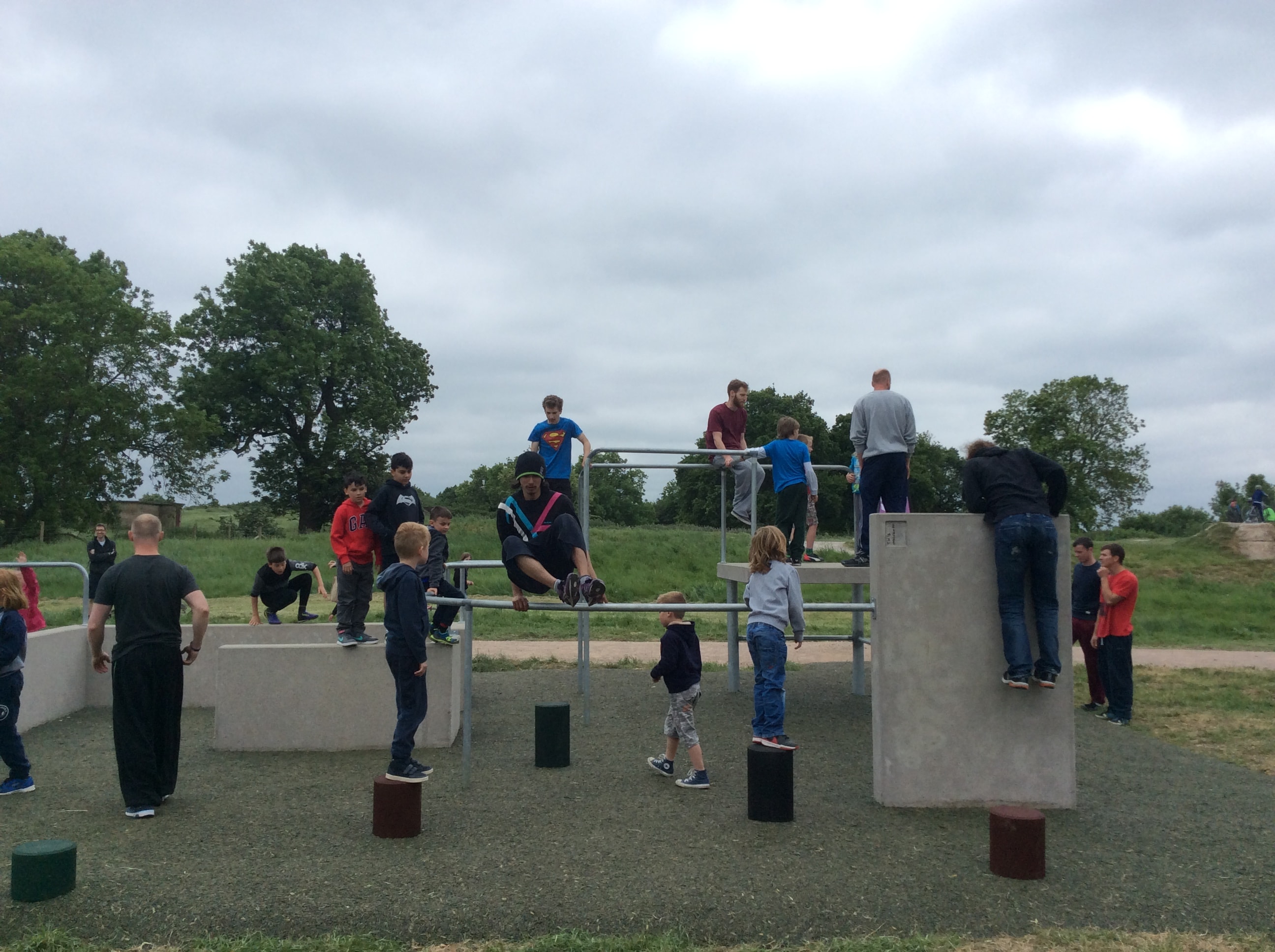 Today Hadleigh Park has welcomed news that the UK has become the first country in the world to officially recognise Parkour as an official sport.

Since opening after the 2012 Olympics, Hadleigh Park has introduced parkour facilities and runs courses and sessions led by qualified coaches for children aged 8-11 to learn more about the sport.

Created in France in the 1980’s, Parkour or freerunning, involvesmoving rapidly through an area, typically in an urban environment, negotiating obstacles by running, jumping, and climbing.

Over the last year, parkour has become one of the popular activities at the park with a huge demand for the after school and holiday club sessions.

Commenting on today’s news, Alexa Cadwallader, Hadleigh Park Officer said, “Parkour has become one of the most popular activities at Hadleigh Park and we are delighted that it has now been recognised as an official sport. Parkour is a really fun, energetic and challenging activity and our coaches show children how to get the most out of the sport in a safe and controlled environment.”

Parkour is one of several sports available at Hadleigh Park with others including cycling and mountain biking, sailing, paddle boarding and kayaking.

Parkour courses will be restarting at Hadleigh Park in February 2017. For more information about booking any activities, visitwww.hadleigh-park.co.uk or call 01702 551072.

Hadleigh Park is at the bottom of Chapel Lane (off the A13 London Road), Hadleigh, Essex SS7 2PP.

Parkour courses and training are delivered by Hadleigh Park’s partners at Southend Parkour who have been involved since the park opened. http://www.southendparkour.com/

Pupils from primary and secondary schools across the county have been competing in a range of sports during the Essex Special Summer School Games.

Active Essex launch an online campaign to support people with their physical and mental wellbeing during the coronavirus pandemic.