A Tees Valley based boxing project has punched above its weight at this year’s Sportivate Awards, and claimed silver in the Sportivate Project of the Year category.

The project ‘Knockout Sister’ offers an introduction to boxing for young BAME women, particularly those from the South Asian community.

The Sportivate project was run by the Ethnic Minorities Training and Education project (EMTEP) in collaboration with the Natural Progression Boxing Academy based in Stockton.

"Knockout Sister has shown incredible commitment to sport. I am thrilled that EMTEP has been recognised for its brilliant achievements."

Accepting the award, Head of Projects and Initiatives from EMTEP, Saeed Iqbal said, “We are delighted to work with Tees Valley Sport and Natural Progression Boxing Club in delivering this Sportivate programme.  The Knockout Sister project has been a huge success, and proves that there is an appetite among young women to try new sports, if offered in the right way.  Following on from this success, we will be working closely with Natural Progression Boxing Club and England Boxing to continue to raise the profile of boxing within the BAME community”.

“The project is a great example of a club reaching out into their local community and targeting a new group of young women and girls and encouraging them to try a new sport. The Natural Progression Boxing Club has inspirational coaches that have played a big part in the success of the Sportivate project in Stockton”.

Sport England is committed to getting more young people playing sport regularly and the Sportivate programme aims to give young people aged 11-25  who weren’t playing sport previously, the opportunity to discover a new sport of their choice by giving them between six to eight weeks of coaching. Once the coaching sessions have been completed, the young people are then helped to find a club or venue where they can continue to take part in sport.

Since its launch, more than 660,000 young people have attended Sportivate sessions, with over 550,000 completing their coaching sessions. Sportivate is being delivered by the network of 45 county sports partnerships, working with local clubs and providers.

Sport England’s Director for Community Sport, Mike Diaper, said: “Knockout Sister is a fantastic example of what Sportivate does best, encouraging young people to question pre-conceived ideas they might have had about exercise.  Round after round, Knockout Sister doesn’t pull any punches when it comes to teaching technique, discipline and skill, and I have every confidence their activities will continue to go from strength to strength.” 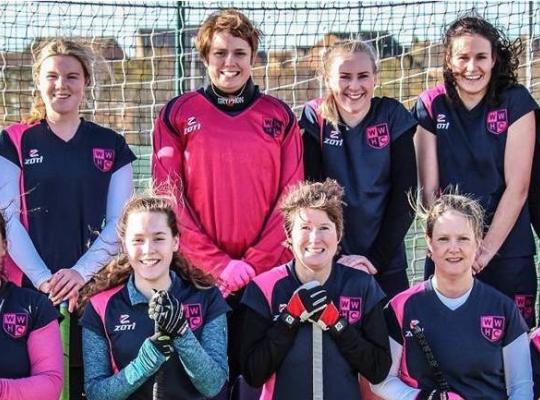 CSPs across the country have been supporting England Hockey to promote their 'Back to Hockey' initiative. 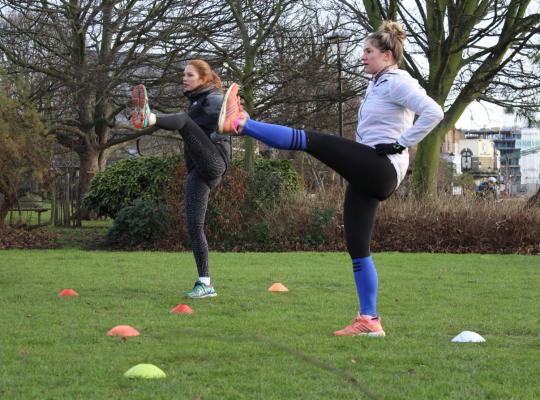