That Counts (again)! in Greater Manchester 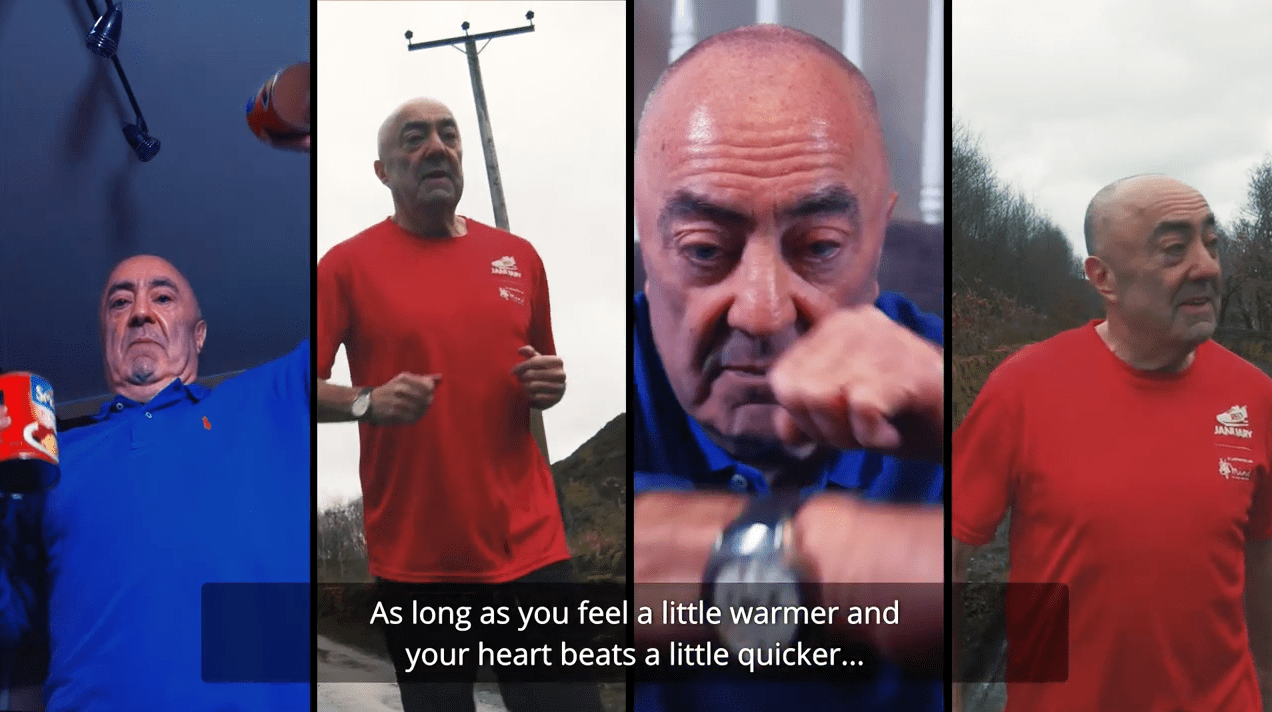 On Monday 9th March That Counts!, the campaign aiming to inspire people to move more returned for its second phase. Featuring winners of the 'Local Moving Hero' competition, Tony, Tina, and Peter share their stories on how they fit more movement into their daily lives.

The three local heroes will be joined by the face of That Counts!, Laura Noden, from Wythenshawe, who was chosen to appear in a film last September chronicling her journey from sofa to 10k.

The four new films launched on Tuesday 10th March are specifically aimed at helping Greater Manchester’s residents find ways to fit activity into their busy lives, and remind us that just 30 minutes of movement a day (60 minutes for children) can improve health and wellbeing.

According to research conducted by GM Moving, two out of three (67%) GM residents say that they want to move more. These new films highlight practical, fun and engaging ways to do this.

Peter’s film is titled ‘Biking to get better,’ helping empower those with long term health conditions into taking the first steps to moving more. Dad-of-three Peter, 45, from Bolton, was forced to reassess his fitness when he suffered a stroke aged 42 and partially losing is sight. Watch Peter's story here.

‘Sofa, go good, for trim Tony’ will be fronted by Tony and shows imaginative (yet practical) ways to get active without spending a penny. Tony, 64, from Hyde, made changes to his life after his doctor warned him about his sedentary lifestyle, which resulted in diabetes and high blood pressure. To help improve his health he started doing chair exercises at his local community centre, walking to and from the shops, and progressed to running marathons!

Tony, a retired policeman, said: “Winning this competition and being part of this campaign is fantastic. I had a bit of a wake-up call when my health suffered through lack of movement and decided I needed to do something about it. I’m thrilled to be able to spread the word that it’s never too late to change and how making small changes to your day can really benefit your health.” Watch Tony's story here.

Tina will star in ‘Making moving work for you’. We all know a busy working day can be a massive barrier to fitting in fitness, but Tina shows you how you can even get moving at work! Tina, 48, from Denton and works full-time in an office, turned her health around by introducing more movement into her daily life. She started by walking more and now runs to or from work.

Unlike her first film, which explained how and why Laura wanted to add more movement into her and her son’s life, her second film gives her top tips on how to fit moving more round a busy family life – whilst getting her partner Lee and the kids involved too! Watch Laura's story here.

The filmS launched on Tuesday 10th March across the That Counts!  social media channels and will be supported by an eight-week advertising campaign showing across all 10 boroughs.

Helen-Louise Smith, communications manager at GM Moving, said: “It’s really important to us that That Counts! speaks to everyone who lives and works in our fabulous city region – and that’s why we asked for people to share their inspirational stories and become the ‘faces’ of the campaign. We want the That Counts! campaign to show that bring active isn’t just for Lycra-clad marathon chasers, but it’s for all of us – these four fabulous local heroes prove just that!”

Led by the Greater Manchester Moving (GM Moving) team, That Counts! gives a clear daily active movement target (30 minutes for adults and 60 minutes for children) to start aiming for. It is hoped the four films  – which will be shared via social media and online media – will give people more choice and inspiration when it comes to moving more.

That Counts! is all about supporting the residents of Greater Manchester to move more in a way that suits them and increase their awareness about health and fitness. Activity doesn’t just take the form of traditional sports and workouts, you can dramatically improve your quality of life by introducing a little more movement into your day.

Adults should be moving for around 30 minutes every day, and children should do around an hour. This in itself brings loads of benefits, like feeling happier, more confident, and sleeping well, as well as helping towards long-term health.

Almost three quarters (74.6 %) of Manchester residents are already discovering the benefits of moving more, but it is hoped That Counts! campaign can encourage even more people to follow suit. 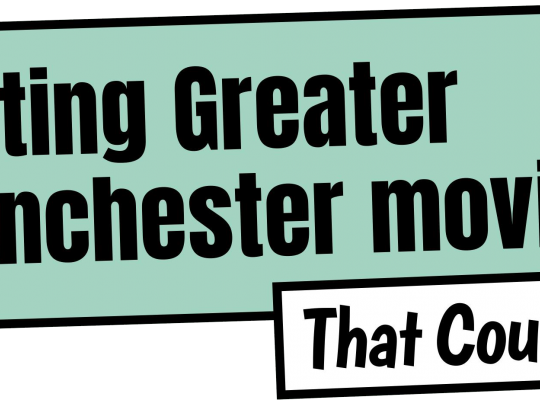 Local News
Mission is on to get Greater Manchester moving

A major campaign is launching in Greater Manchester to get people thinking differently about getting active, and help the 6-in-10 children (60%)1 and more than a third of adults (39%)2 who aren’t 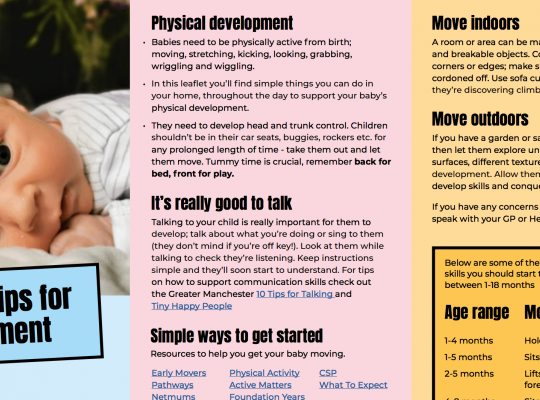 Local News
New at-home guidance created to support parents and carers to get their little ones moving!

Leaflets developed to provide guidance to parents and carers to support their children’s physical development, from birth through to starting school