In January 2021 Joe Lockley left the relatively safe employment of Energize Active Partnership to turn his hobby into his career. I say his hobby but of course Joe already worked in sport and physical activity where he was a highly successful Energize Development Manager running a youth and community programme developing club and community provision for young people often on the margins of school or community life helping them to access what might be described as low level sport.

Of course, it wasn’t entirely our decision but why did we encourage him to go? I asked myself this a lot both before and after he left and some other people said I was crazy - after all Joe was a fantastic member of the Energize team, always positive, always welcoming to new team members and always willing to contribute to the TEAM culture. As well as being a very high performing development manager and hugely respected by sport and non-sport community alike. Initially I answered the question by reminding myself that we were supporting his personal and career development and ambitions - Joe had different skills and approaches to those who take the traditional route and it’s really important to me that we support individuals who work for us to achieve their dreams too. Joe had also started Bright Star Boxing Academy in his own time whilst working for Energize, following his own passion and had started to use boxing in a sport for development way with one or two other coaches. His job was helping others to do this but his ability to connect with young people and inspire them always shone through and Bright Star allowed him more opportunity to connect with young people and see the job through.

The other reason it all came about is that at Energize we had made the case for sport to change lives and had started to attract interest from national investors who themselves were interested in measuring the impacts both from a physical literacy perspective but also in terms of positive youth engagement. We knew that our local authorities were interested in this agenda too and in Shropshire in particular there was a problem with higher than average numbers of young people at risk of school exclusion. It’s often assumed that Shropshire (like many rural areas I suspect) is full of affluent middle class communities but this is of course a generalisation and can hide some local issues - for example it’s also a county which has higher than average looked after children and traveller communities and the dispersed nature of the population often makes it difficult to provide alternative provision targeted at some of this specific need. Sometimes there aren’t the numbers to make things viable in a way they might be possible in a more urban area.

National Sport for Development Charity - Substance - were looking for local partners and Energize and Shropshire were a good fit. We had quite a number of small local groups connecting with local youth charities - e.g., yoga for Muslim community, golf for traveller families, cycling for substance misuse and of course Bright Star Boxing Academy. But none big enough, at that stage, to deliver the full programme.

We knew that more could be achieved, and we needed some bigger social enterprises - which are young person focussed and want to help turn young lives around and not just develop champions. There are lots of clubs trying to develop champions, nothing wrong with that and we’d supported many of them and their NGBs over the years, but now we wanted to nurture a network of clubs and leaders who were interested in using the restorative and development role of being active - probably together with other deliberate learning interventions (including volunteering) to change the course of young lives before they went more seriously off the rails. Which, of course, costs them, their families and society at large significant sums of money as well as heartache.

We also wanted to learn - to see if it was possible to develop a local evidence base and to see if and how we could build relationships (outside of PE and school sport) with the education sector locally and maybe we could be further conduit and connect to wider NEET and criminal justice sectors. We already had and have a relationship with the West Mercia PCC, and we wanted to build on that too. It’s been said many times that the language of sport and physical activity can often be a common denominator and break down barriers and we wanted to see if it could be possible not just for participants but for stakeholders in the children and young people system too. Not sure why (maybe it’s the politics?) but often the various stakeholders seem to plough their own furrow and collaboration seems limited and often just words.

So, we took the leap (as, of course did Joe) and we encouraged him and Bright Star to fly - and how they are repaying us. The programme is not much more than a year old and some of the achievements are really quite remarkable and more than demonstrate how much can be achieved by combining the life enhancing qualities of sporting discipline with appropriate educational opportunities - and of course a healthy dose of belief in young people.

I should say at this point that although Joe has been key he has also had support from some amazing others at Brightstar too - notably Kat Stanworth before she used boxing to change her own life around and who has an attention to detail on the data and finance that compliments perfectly too. So many other coaches and volunteers at the club have also had their lives and circumstances turned around by the work of Bright Star too that it’s quite eye watering to hear about. But you’ll hear about all that and more if you follow Joe /Bright Star on any of the main social media channels.

For us at Energize - we remain behind the scenes - proud of the work they do and the lives they change but also excited about the learning and the influence that the programme is beginning to have across education and others in our County. Sport isn’t just for the sporty. There are vulnerable, anxious young people whose mental, physical, and emotional health can be improved through the medium of an active lifestyle and there are people who themselves are not advocates of traditional PE who are beginning to realise it. We’re not just changing lives but we’re also changing minds and we’re pretty proud of that as well.

Oh yeh - and Joe will always remain a member of the Energize family too - we still see him regularly, he’s a regular at our events, and can see lots of opportunities to further our relationship in future too.

Read all the latest about Bright Star Boxing Academy 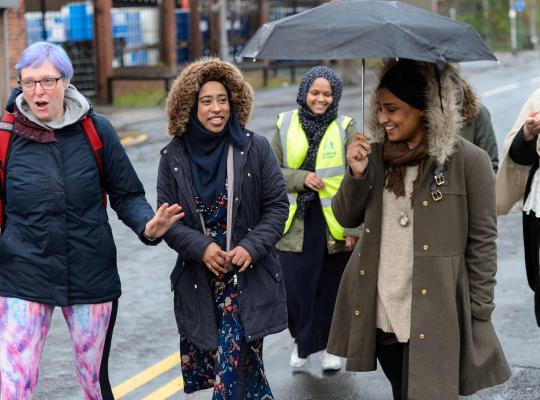 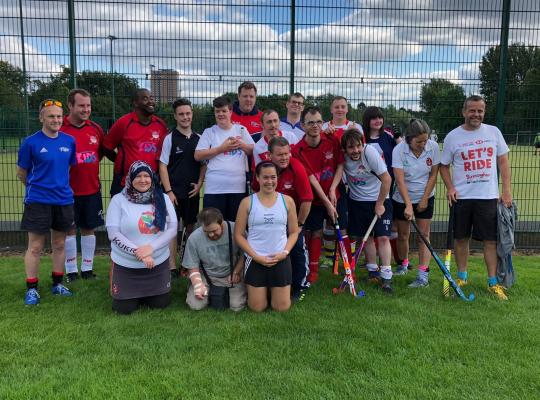 The West Midlands Combined Authority (WMCA) has signed up three more organisations to its IncludeMe WM programme bringing the total to 75.